This is really a cooked potato starch oobleck, but it’s translucent and the texture is uncannily like tteok so that’s why I’m calling it tteok. Read on for why I mentioned fractals.

Potato starch has really different gelation properties to nearly any other kind of starch so I don’t know if substitutions will work. Most oobleck is made with cornstarch, not potato starch, but cornstarch specifically doesn’t work very well.

If you have a metal bowl like I do, you’ll perceive diffusion-limited aggregation fractals on the edges at that concentration, as in the video, which is why it’s named fractal tteok. 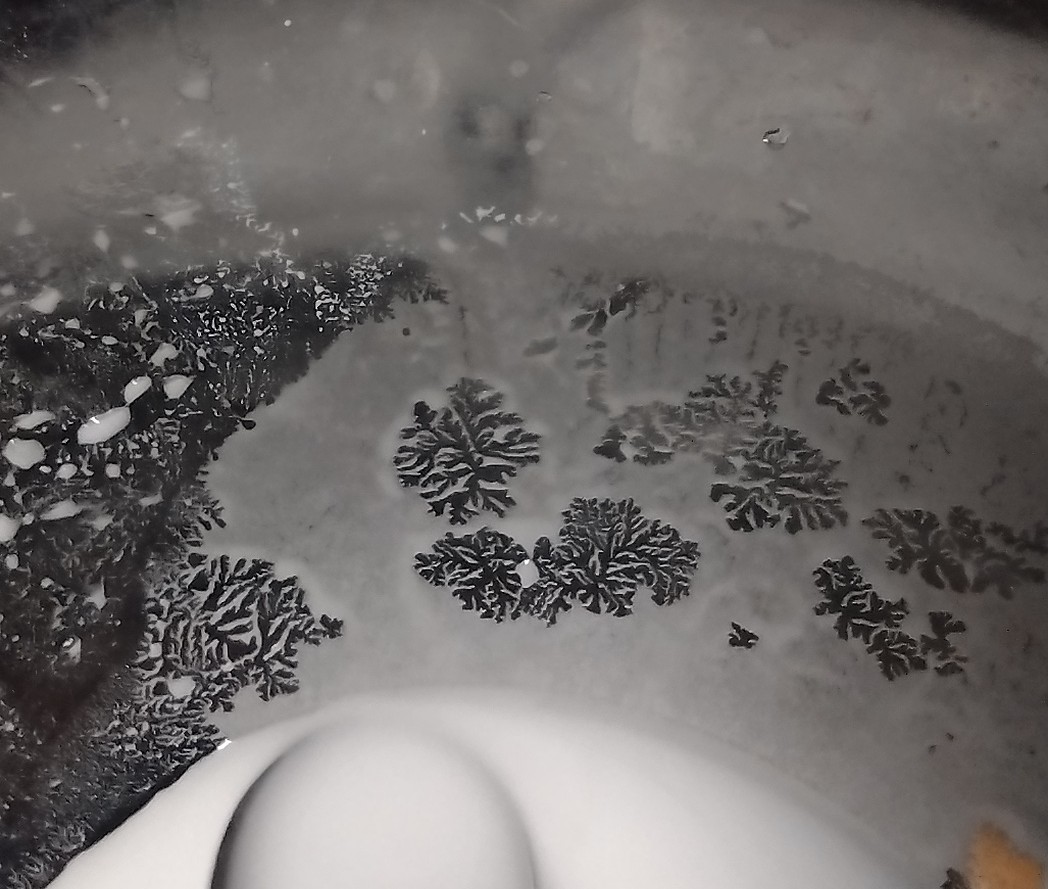 Pour aliquots that look how you want them to look on an oiled plate with a spoon and microwave for 5-10 second periods until gelated, usually takes about 10-15 seconds for the amount pictured, which is 10g liquid and 12g potato starch.

I didn’t really pour these example ones very well, but if you’re more fussy (and if you have an actually-flat plate) you can get good results.

Wash away the flocculated (re-powderized) potato starch. The gelation is permanent. Enjoy in some soup or something. 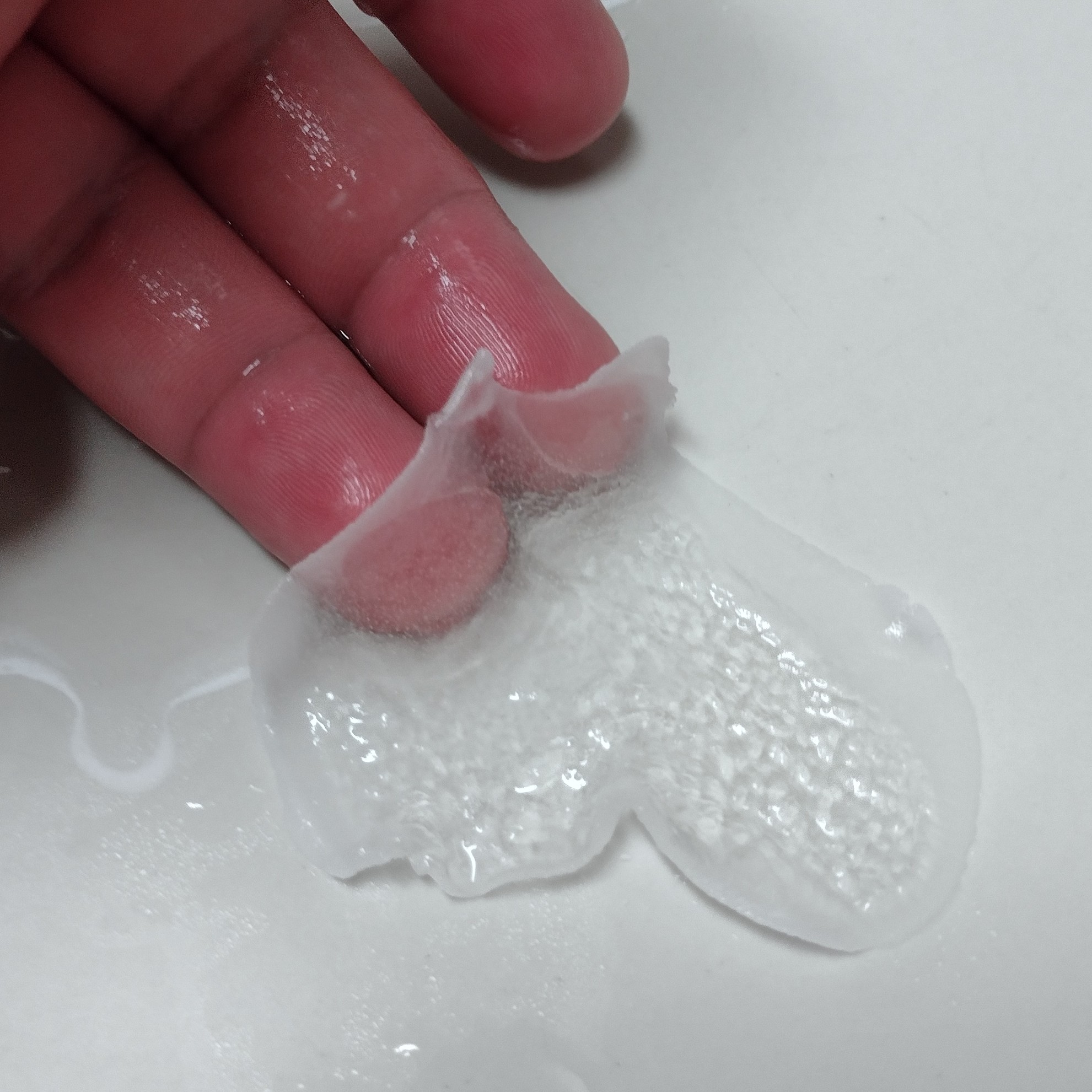 It’s hard to see (because of the translucency and because of the blurriness of the picture because I was hungry) but there’s some translucent potato-starch-oobleck-fractal-tteok from another batch in the spoon below. 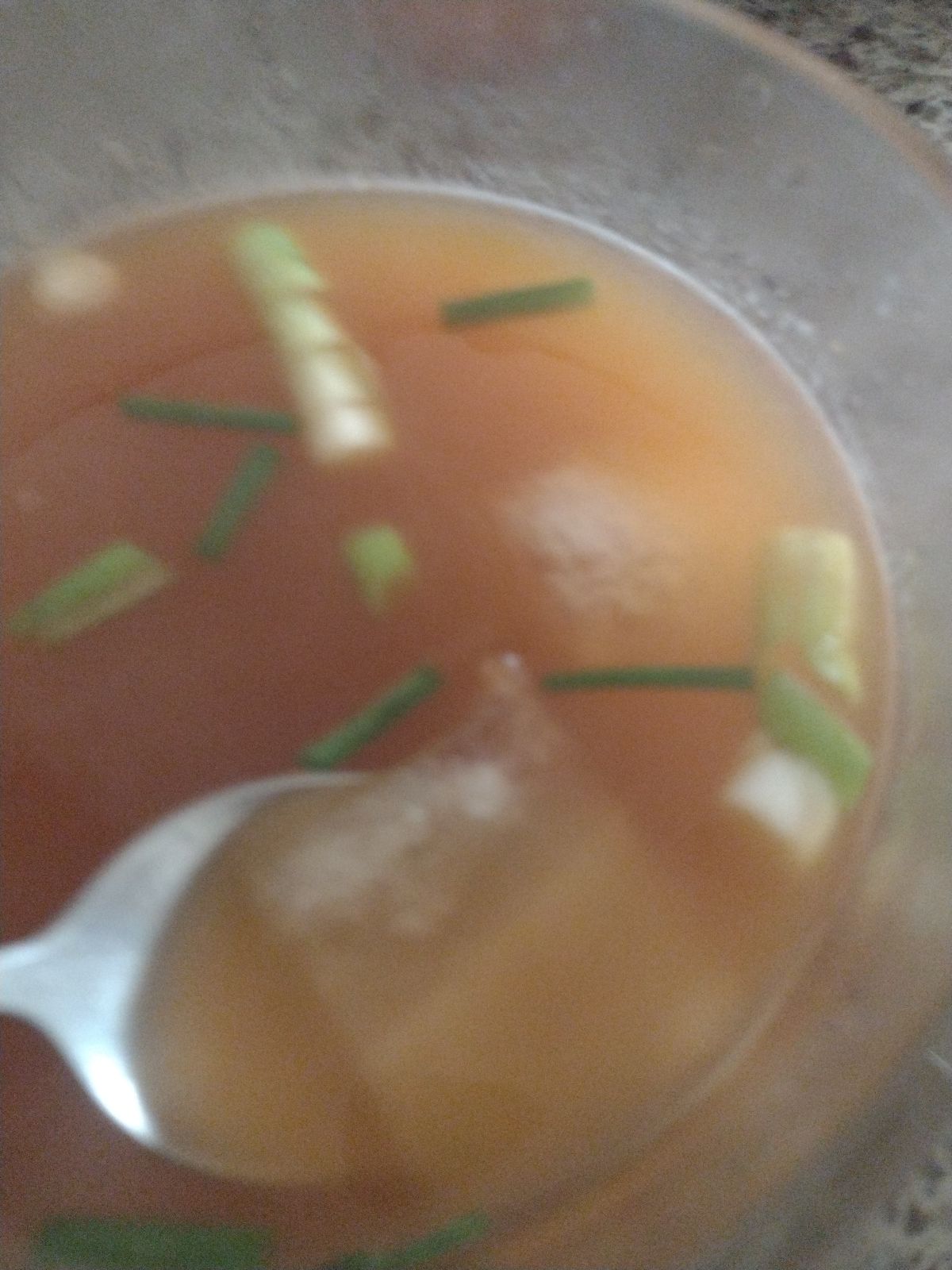 If you try to pour a lot on a plate and microwave for a longer time, then it’ll bubble over and be less translucent. In that case, indirect stovetop heat will probably work better - use a bain-marie. It will still take less than 5 minutes on a bain-marie. This stuff just naturally gelates at 57° C, if you’re using plain water.